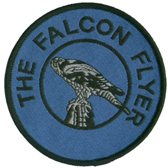 Last held in 2015 we have no plans to run the Falcon Flyer as an organised event in the immediate future.

However as the routes follow public rights of way you may wish to do them in your own time.

Perhaps you may wish to give a small donation to the team on our Justgiving page if you enjoy them ?

A winter classic 20 or 15 mile route over the moors and along the coastal paths of the North York Moors National Park, with fantastic views of the moors and stunning coast line.

Both the long and short routes start at the village hall in Ravenscar. The walk initially heads south west from the village and joins the Moorland Road and then on the footpath to the Three Lords’ stones. The route now heads south along the Pye Rigg footpath until it emerges from the plantation on the A171. After crossing the A171 the track along Cowgate Rigg is taken until it joins Broadlands Slack. From here the footpath is followed to Harwood Dale.

The long route heads north from the car park and crosses the A171 to Cook House. The walk continues north via Spring Hill to Colcroft Farm. The metalled road is taken west until Kettle Well Cottage where the footpath north is taken. this footpath is followed past Park Wall and Demesne Farm . The route now heads south for a short time until the footpath crossing the old railway is taken to Mill Beck Farm.

If you raise sponsorship for the team in excess of £50 then we will refund your entry fee. Links to the entry form, sponsorship form and previous results are below.

Chris from Reaction Photography has kindly offered to provide professional photographic services to each event in 2015 to help the team. A galleries of the event will appear here.