A gift from Pickering and District Rotary Club 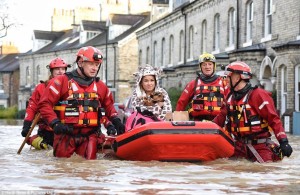 In the aftermath of the York and Tadcaster Floods last December Pickering and District Rotary Club kindly offered to help enhance our water search and rescue capability.

Thanks to a significant donation from the club we are now the proud owners of a specialist water rescue craft, capable of carrying 8 people and weighing just 60kg.  This augments the smaller raft we already possess which was so useful in Central York last December.

While the majority of our search and rescue tasking are land based some 20% involve working in or around water.  With at least fifteen* named rivers flowing through our patch, various canals and area of standing water there is plenty of scope to deploy this platform in a search scenario.  In recent years we have been tasked to search land bordering on and including most of these watercourses. 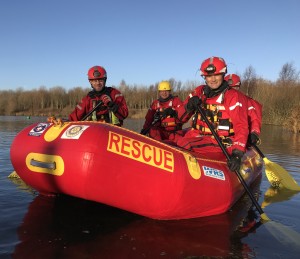 With a capacity for eight people and a normal crew of four to six water rescue technicians from the team the craft is ideal to help with the evacuation of people from flooded property or for taking assistance to housebound residents.  With so many watercourses in our area flooding is an ever present risk and we list Cawood, Filey, Helmsley, Malton and Norton, Old Malton, Pickering,  Selby, Tadcaster, Whitby, York and the East Coast Tidal surge of December 2013 as past and potentially future deployments.

The pictures below show us familiarising with the new boat at Wykeham Lakes,  the morning session involved inflation of the craft, paddling, recovery of casualties from water and in self rescue should the inevitable capsize occur.

The whole team wish to thank Pickering and District Rotary Club for such a kind donation which has the potential to help so many residents of our area. 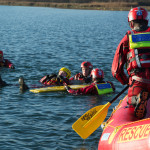 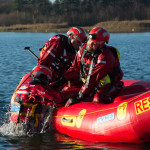 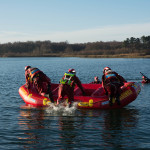 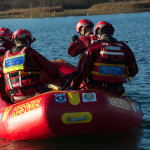 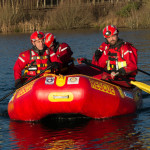 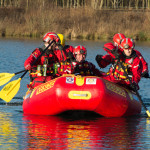 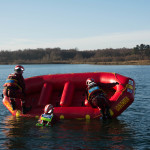 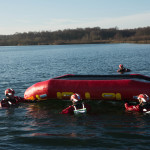 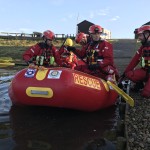 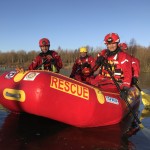 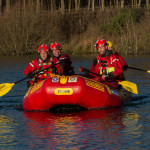 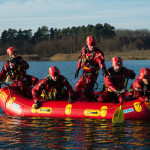 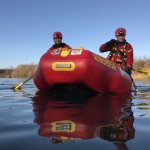 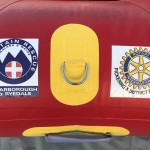