Each month we put one of our team members “In the Hot Seat” with a series of questions designed to get an insight into their personality. This month it is the turn of Ian Hugill. As Team PR officer, Ian is used to talking to the press but how will he get on “in the hot seat”. 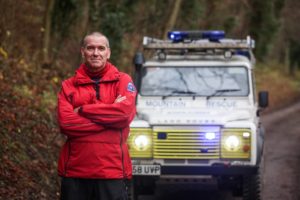 Introduce yourself in 280 characters or less.

Ian, operational team member for 20 years, married to Jane with two grown up boys who have their own young families.  Full career in the army followed by second career in IT.  Now retired, mountain biking and housekeeper for two wire haired dachshunds.

Being born and brought up in Whitby then it has to be Bram Stoker’s book, Dracula.  Great mix of horror, suspense, travel and romance in a book that can still be used as a guide book to Whitby.

2.        The Team looks for its new members to either be experienced hillwalkers or mountaineers with great local knowledge. What is the best “secret” walking, climbing, mountain biking route in our area?

Anything in or around Rosedale.  Cracking scenery and terrain. Superb views from the tops, good refreshment halts in the village and up at the Lion.  Lung killer peddling up Chimney Bank.  Birthplace of the industrial age in an area of wild moorland, arable land and small settlements all of which all blend seamlessly into one valley.

3.        Team members are expected to be self-sufficient for 24 hours regardless of the environment or conditions they operate in. What one item do you carry in your callout kit that you cannot do without? 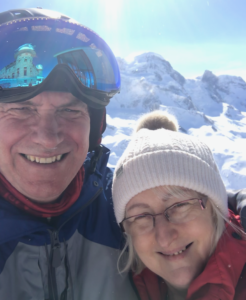 I carry a two-man group shelter which I hope never to need to use in anger but am reassured to know it is there if something does go wrong.  In my opinion it is a vastly underrated piece of equipment and knowing how long it can take for help to arrive when needed it should be an essential carry for all outdoor activities.

4.        All Operational team members are expected to maintain a rolling annual commitment of 150 hours to the team. What would you do with these hours if you weren’t on the team?

I guess something in the voluntary and charity sector and probably something to do with the great outdoors.

5.        Team members are often deployed in search parties consisting of 4 people, a party leader, a casualty carer, a navigator and a radio operator. If you were a party leader who would you pick to be in your ideal search party? (They can be anyone – alive or dead)

Compo, Clegg and Foggy from Last of the Summer Wine.  A party of three true individuals who had a clear love for Yorkshire and although from different backgrounds came together as a true team.  Generally did the right thing, but only after exhausting all other possibilities and whose inventive skills developed some great techniques for getting around and off the hills.

In my latter years in the army I spent an operational tour in the Former Republic of Yugoslavia and the nature of my role meant I was fortunate to be able to travel throughout the warring factions which are now the population of Bosnia, Croatia and Serbia.  In isolation all the people I met were genuinely friendly and hospitable and had spent years living in harmony, nowhere more so than in the ethnic mix which was Sarajevo.  My biggest regret was being on the ground, hands tied, while the international community were so slow in coming together to bring peace to the area.

7.        If you had a time machine, what one piece of advice would you give yourself when you first joined the team?

When asked for one piece of advice don’t give two!  But here goes:

No matter what skills and qualifications you attain or what position you hold in the team then the most important operational position is that of hill party member with the core skills the hill party members need to be proficient in.  We need those boots on the ground to find the casualty, carry the essential kit to the find site and then evacuate to definitive care.

Remember that without all the tireless work in the background by fellow volunteers and the continued support of our families the team and the charity the team would not exist.

Having already mentioned Last of the Summer Wine then Bill Owen (Compo Simmonite) might be a suggestion however probably John Cleese who appears to be able to find humour in the most outrageous of situations.

I am still busy with this one thanks.  However, I recently watched Michael Palin’s ‘Travels of a lifetime’ and while I did travel extensively in the Army and in my second career I would have loved to have been asked to take part in those journeys. 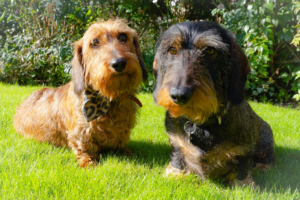