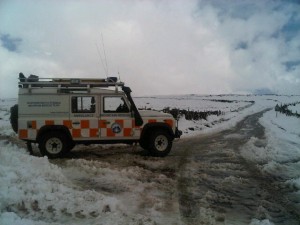 Rosedale end of the drifts

Team called by North Yorkshire Police at 10:00 4th April to assist in the rescue of a trapped motorist on the Rosedale Abbey to Egton Bridge Road.  Both 4×4 ambulances deploying to scene from either end of the route, vehicle approaching from Egton with highways agency snow plough reached the vehicle and gentlemen after checking him out they escorted him and vehicle back to Egton bridge. Team stood down at 12:20. Five team members in attendance. Road remains closed. 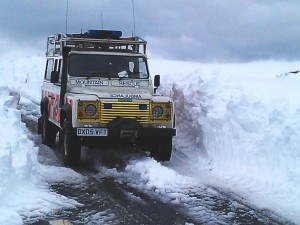 Egton end of the drifts