And so much more than mountains….. 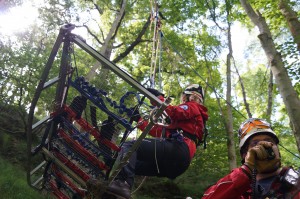 Although much of our ‘patch’ is open moorland or managed forestry a number of steep valleys cut thorough the terrain.  Rescue of casualties from these features can be both a challenge for the rescuers and uncomfortable for anyone been evacuated by stretcher.

Rather than evacuate up or down the river bed it can be easier and more comfortable to raise a stretcher vertically to more even ground at the upper slopes of the valley and/or arrange to move the patient to an opposite bank where exit routes may be easier.

One technique we use for such rescues is the Tyrolean Traverse erected between fixed points at either side of the valley.

This video and series of images were taken just below the Thomason Foss Waterfall,  Goathland in the North York Moors National Park during one of our recent training sessions.

We were joined for the training by Sergeant Simon Whitby and Constable Jon Rushton from North Yorkshire Police who came along to better understand our capabilities.  Simon even offered to be taken across the traverse for a casualties eye view of the operation. 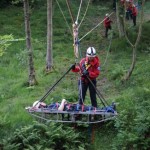 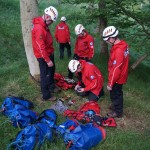 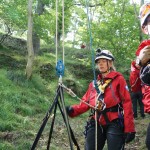 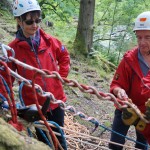 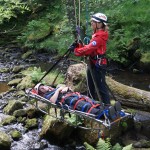 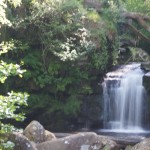 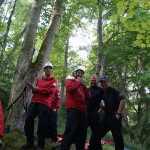 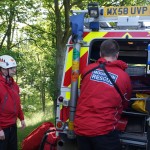 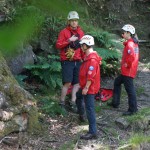 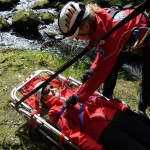 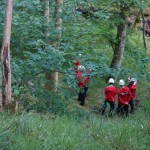 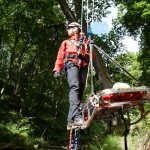