The last weekend in October saw the team out training with RAF Leeming Team.

Saturday was spent reviewing the equipment carried by each team followed by a technical rope rescue session.  The first pictures below show collaboration in a Tyrollean Traverse rescue.

Sunday was a simulated plane crash where the pilot had ejected somewhere over Wheeldale Moor.

After meeting at an RV Hamer House on the Rosedale to Egton Road and a safety brief on aircraft wreckage and in particular ejector seats joint search parties deployed onto the moor.

One party quickly found the ejector seat and after cordoning off the site carried out a hasty search of the immediate area for the pilot.

While this was ongoing a second search party found the pilot close to his parachute some distance away and started immediate casualty care while other parties brought in additional equipment before arranging evacuation to a waiting ambulance.

Following debrief both teams returned to their bases confident that after this weekend if this was for real our working practices are such that we could easily integrate and work together. 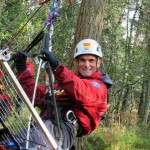 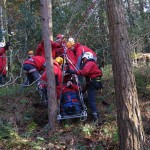 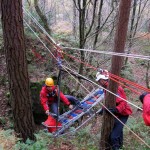 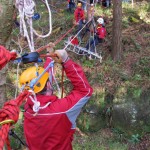 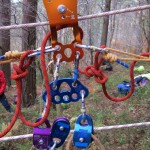 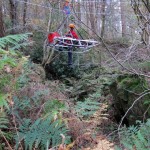 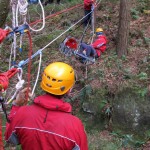 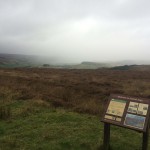 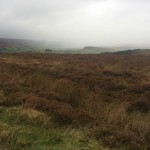 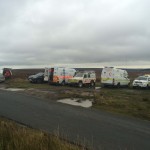 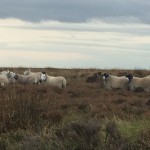 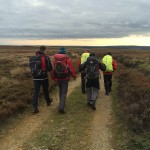 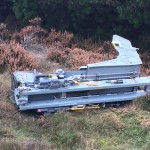 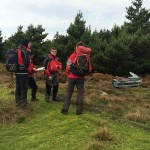 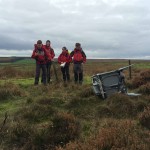 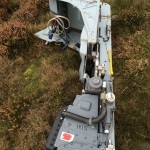 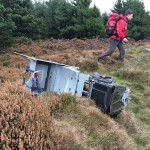 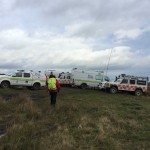 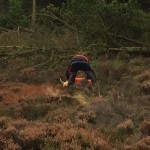 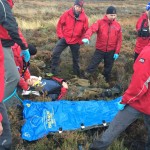 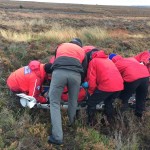 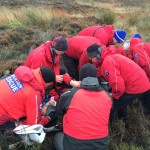 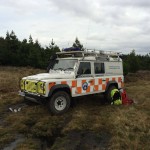